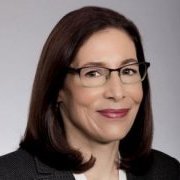 By Christine Roberts,
October 17, 2000 in SEP, SARSEP and SIMPLE Plans